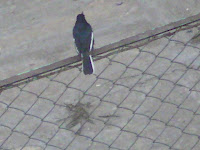 ...has made my day! Spotted it early this morning on our garden fence.
This distinctive black and white bird holds its long tail upright as it forages on the ground and its perch. 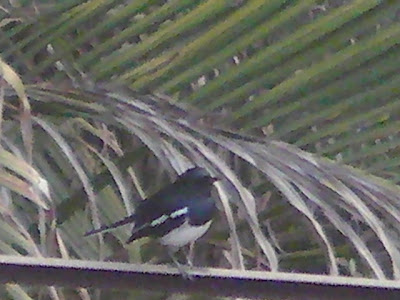 This passerine bird is native to tropical South and South East Asia. It was considered a member of the thrush family but is now classified as an Old world Flycatcher.
Wish My lens had a bigger zoom to capture a perfect pic' of this restless bird. 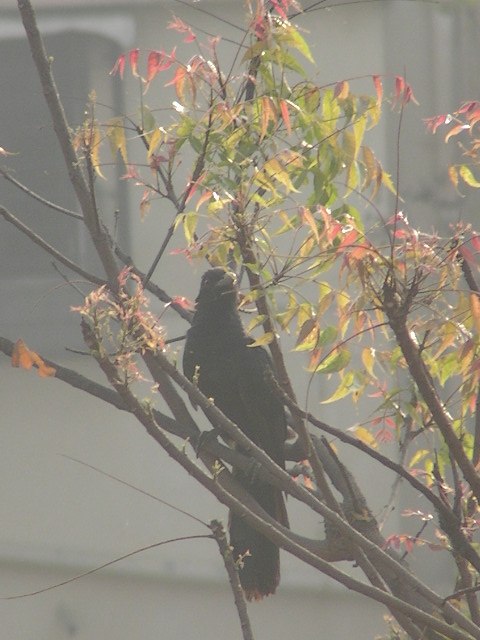 Here we see The Asian Koel - Male (Eudynamys scolopaceus..
we know this fellow better as the cuckoo since it belongs to the order of the Cuculiformes.
At 45 cms, this big bird is again native to South & South East Asia and China.
It is famous for encroaching into the Crow's nest for laying its eggs and the young ones are raised by the gullible foster parents. Such birds are known as the brood parasites.
The word koel is echoic in origin and the bird is a widely used symbol in Indian poetry. It has been compared with the nightingale due to its melodious call.
Info' courtesy Wikipedia and Dr. Ajay Pradhan!
birding Hobbies Nature Photography

Anonymous said…
Koel is one bird I don't see in my neighbourhood!

Vibhuti Bhandarkar said…
@IHM: I thought Koel was more common cause I hear a lot of cooing when I walk down other lanes from my friends homes..