- July 06, 2010
Wu was ready to go to dine with The Emperor. Maybe she would perform her favourite fan dance for him too. She would look even more splendid in this gorgeous outfit. Wu was happy and there was a spring in her step as she walked besides YinHe to LuiFei's dinner party.
Wu knew she wanted to become more than what she was right now. She wanted to be the Emperor's next love interest, desperately. Wu felt the woman hood in her burst at the seams.
She gave a sidelong glance at YinHe and wondered if YinHe could also hear her heart? It was thumping faster and louder at the idea of being made love to by The Emperor Lao Zhung himself. Her cheeks blushed a deeper pink at the thought. 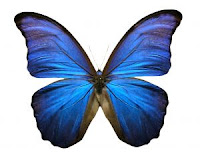 Wu's heart waxed lyrical.
Beautiful blue butterfly,
Utterly mesmerising butterfly.
Tempted to touch,
Trying very much.
Ever you keep flitting,
Restless, never sitting.
Flirting with every flower,
Liking one then another
You are a casanova, Butterfly!
There were a thousand butterflies fluttering in the pit of her belly as Wu arrived in the presence of The Emperor.

Note to the Readers:
Above was an acrostic poem in which the first letter, syllable or word of each line spells out a word, the topic of the poem.
Acrostics fiction Poems The Great Without