Showing posts from September, 2011
Show all

The Secret of the Nagas: Book Review 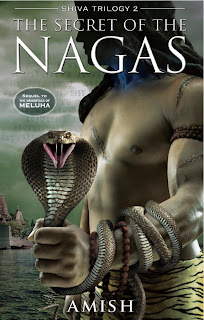 The Secret of the Nagas: The sequel in the Shiva Trilogy. Author: Amish Tripathi Publisher: Westland My Rating:  **1/2 Since I read this sequel to the ‘   The Immortals of Meluha’ right after, expectations from this second book were even greater. That must have been the only reason why the second book from the same writer became a very big disappointment for me. From the first book I’d decided that Amish Tripathi is a very intelligent writer but ‘The Secret of the Nagas’ has brought him rungs lower than he’d actually climbed up to, in my opinion. The book cover is so intriguing and the book title promises the unearthing of some tantalizing secret between the pages but nothing like that happened. One of the sinister Nagas has murdered Brahaspati, the great scientist of Meluha who had become Shiva’s quite a good friend. Subsequently the death threat was on Sati, Shiva’s beloved wife. So Shiva is out to hunt the dangerous Naga down. The Neelkanth has more than one rea
3 comments
Read more

The Immortals of Meluha: Book Review 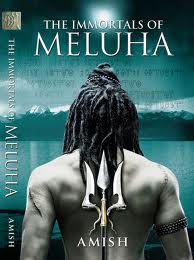 The Immortals of Meluha: The first book of the Shiva Trilogy. Author: Amish Tripathi Publisher: Westland My Rating:  **** The book cover will definitely draw the BholeNath fans towards. A fine illustration of how Amish describes Shiva – a lithe muscular body with numerous battle scars on his skin.  The back cover blurb however instantly erases any chances of the reader expecting a mythological tale.  It clearly states that this is the story of a man whom legend has turned into God. Interesting! So this should be a completely different and contemporary take on the age-old stories our grannies have been telling us about Lord Shiva. And indeed it turns out to be quite a good read. Amish is an intelligent writer and the kind of research that has gone into the book shows. It is amazing to see how each character connected with Shiva and his mythological stories, appears and develops as the story unfolds.  Shiva is in fact a mere mortal, the chief of a mountain tribe
6 comments
Read more
More posts