The Blue Stone that came from the heart... #SoundOfLove

Ours was not that silly 'LOVE STORY,' spun running around trees or sketched across college desks. Ours was 'DESTINY' written by Lord Brahma himself. And before you begin to think I made a kitschy, cliched statement there, please allow me to tell it all.

As all dutiful Hindu Brahmin parents do, my parents approached a typical old astrologer too. And thus I found myself fasting on Saturdays, 'for a perfect husband!' as they put it. I did it as dutifully as I could so as to get a husband as nearly perfect as husbands can ever get. If you know what I mean! Little did I know my future had a really whirlwind romance,in store for me, like no other's.

"Have you ever seen a girl fast on Saturdays for marriage and a good husband?" My office colleague jeered at me in her cacophonic shrill voice one day, over lunch.
"What if you found a 'Hanuman' instead?" She continued walking around the table, akimbo and her cheeks puffed up, mimicking a comic representation of the revered Hindu God.
And the rest of the bevy of girls who found it absolutely amusing too broke into peals of laughter.
Her absent minded prediction was proven astonishingly correct when  I met with the love of my life some months later. However, thanks be to the good God above, the great fear she had instilled in my mind simultaneously, about his looks, were lain to rest.

Come December, my paternal uncle and aunt whisked me and my father up one evening and drove us to Lonavala to meet their relatives. Surprise, surprise! These relatives that we were visiting had an eligible bachelor waiting in the wings to meet me.

I am a die-hard Bruce Willis fan. And also of Dwayne Johnson and Vin Diesel. What do they have in common? A handsomely bald pate. I had a self-confessed fetish for the species and if they were to sport a french beard, my heart would be rolling at their feet. Thus putting all my fears to rest, I had  discovered my dream beau, standing there on the porch of his Lonavala farmhouse, waiting for me. As our eyes met,  I heard my uncle officially introduce him as 'Bajrang'. Yes! That was his name. Bajrang aka Hanuman- the same deity I'd been praying too over the past couple of years.

Now, even though my heart was more than ready to leap out of my chest and into his arms, I decided I was not going to be an easy win. His name couldn't be the only sign that God would give me.
The night of December 14th was chillier than I'd expected and standing on their porch, bidding his family adieu, I felt myself shivering like a leaf in the wind. before I could turn to my dad to protest and plead that we step into the warmth of the car as soon as possible, I felt a warm jacket being thrown across my shoulders. The man looked down deep into my eyes as I turned my face to see who it was. And thus began our 'Mills & Boon'-esque love story. 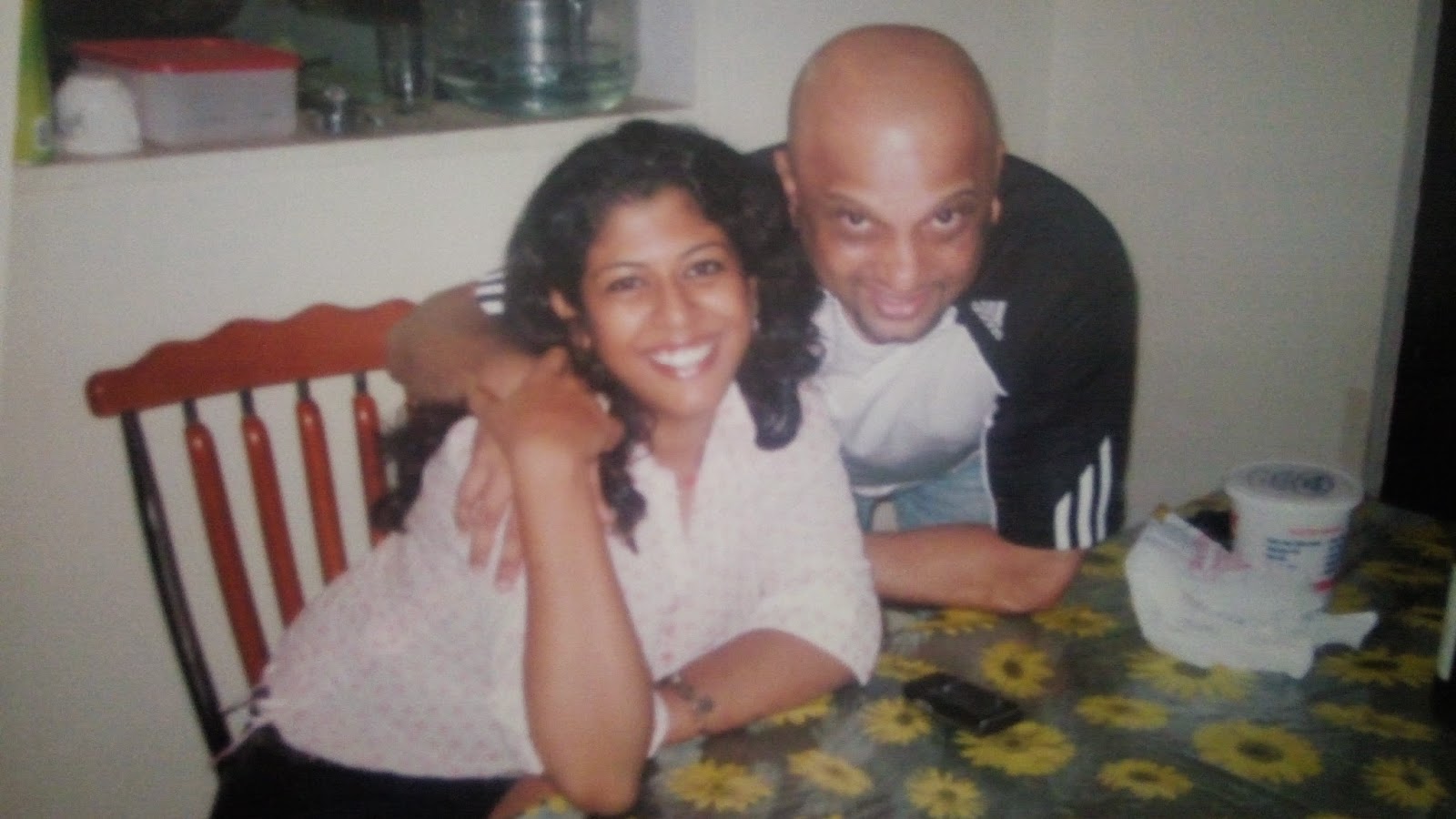 That hour onward the poor love-struck knight did everything, small gestures and big deeds to win the lady's heart over but I was bent upon holding my fort. He shooed the driver away and drove me and my father back to our Pune home all the way. All the while he kept throwing side-long looks at me, through the rear view mirror and smiled to himself.

"You can call me Baji!" was his sign-off line as he finally drove off at 2am. But he'd also promptly wished me "A very Good Morning" at 6am. via SMS. A string of E-mails and chats via Yahoo Messenger later, before the end of the following day, I heard our respective fathers already discussing 'US' over the phone. December 15th was the one and only one occasion in our subsequent life of togetherness that me and my then would-be husband spoke to each other over the phone for long hours, off and on all through the day and night and into the wee hours of the December 16th morning. Love was truly and finally happening for me but the excitement was showing somewhere else, far more evidently.

"I like you Vibhuti. Let's meet up tomorrow." There was a tone of urgency in his sleepy, baritone voice and must I say it aloud, he had me at that itself. However like all good girls should I reined myself in with a "So soon?" "Yes!" he said for he was quite a determined man. Within a few hours of having ended our phone call for the birds had started chirping in the dawn, he arrived at our home. All fresh as dew, flashing his endearing smile, he was ready for our very first date. The loveliest bunch of orchids welcoming me into a new life. "..but I love pink roses!" I retorted despite cupid whispering into my ears, "Now don't you be rude!"

He took me shopping. He took me for a romantic sea-food lunch. We went for a movie. And yet we wished the day not end. We caught yet another movie before saying the inevitable good-byes. We parted having firmly replaced the word 'LIKE' with another four letter, more meaningful word-'LOVE'. 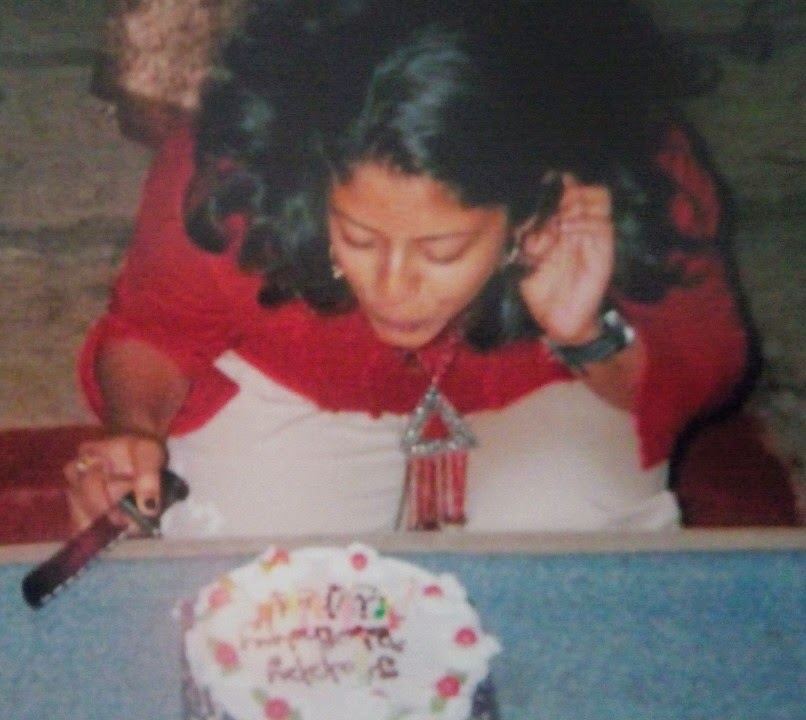 Giddy headed days of day-dreaming and exchange of romantic SMSes flew by in a blink. December 24th arrived. The so called Christmas eve party thrown by Baji had suddenly turned into a surprise birthday party for me at midnight with the arrival of a cute birthday cake. I clapped, cut cake and blew candles like a giggly little girl. And he had to go and make it more wonderful by admitting his love in the presence of all our relatives, at the very spot where we had first seen each other- on the front porch of his Lonavala farmhouse.
February. Oh, the heady month of love! It does something to you doesn't it? It did something to Baji too. We were hurtling, top speed towards marriage. Our elders had given us a year to zero down on a date but this man refused to wait. He'd given me a swell birthday gift by making our relationship official on that day. Now in return, he demanded his birthday gift in March but I refused to budge.
" please darling, lets wait. Time will fly. You won't even know!"  I ended the tiff there. 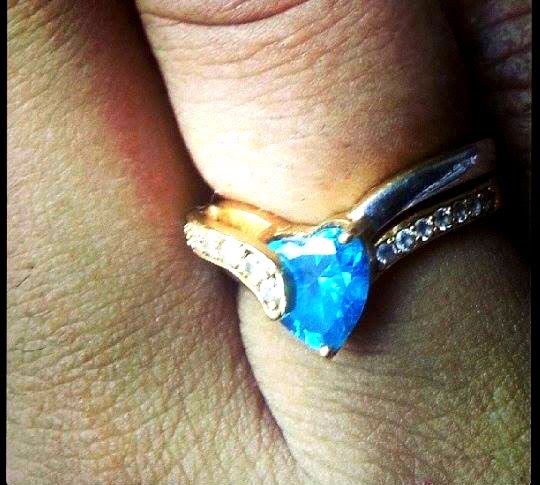 February 14th, the quintessential day of love. The lusciously green and misty Aamby Valley in the background, Baji slipped a ring onto my right ring finger. "It should be the left ring finger you silly man!" I squealed as I jumped up and hugged him. I loved it. "..but why a BLUE STONE? And why not pink or red ?" I asked. "Or even white?" I winked.
" You ask too many questions!" He groaned. "Its BLUE! Simply because, my dear, it comes from my heart! Love has made me blind....to colour too." He said.

How could I refuse his  proposal for marriage now? March it would be he said and in March it was!

This #SoundOfLove video reminded me so much of the way I had Baji do a jig for me. :)

This elusive thing called 'Love' is such an enriching feeling, that it was difficult to believe when it began to flow in abundance towards me. I am ever so grateful to Blog Adda and BlueStone for sending me down memory lane once again.

“I am participating in the #SoundOfLove activity atBlogAdda in association with Bluestone”.

Vibhuti Bhandarkar said…
Hahah Thankyou so much Rajlakshmi for reading my story and for the lovely compliment too. You just brought a big smile to my face!
Indeed I feel blessed...