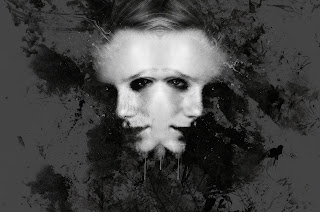 Some souls were blessed to have a higher sense of purpose in life.
I simply had a heightened sense of smell.
The citrus aroma wafting in from our yard that morning, was so strong that it worked like an instant pick-me-up. I’d rushed out through the back door, and plonked myself down in front of my lemon tree. Sitting there in the Padmasana, my humble Gandharaj Lebu appeared like the Bodhi tree to me. I listened intently to all that it had to teach me. I felt one with my sunlight-loving citrus.
Watering the soil to keep it moist, and pruning the bush was an act of love, never a mundane chore. Sometimes I’d be sitting so still before it, undistracted, besotted by its yellow-green colour palette, interspersed by the white of the fragrant blossoms. At other times, I would hum a song to it.

That day too, I could have continued sitting there for hours on end, wet earth or not!
If it wasn’t for Granny Mori, off to Sunday Church, dressed in black. Ever since the demise of her beloved Zoze, she’d lived in a monochromatic colour scheme. Despite the hot and humid weather, she wore a mantilla veil draped over her head and shoulders, tucked in place with a dantoni or comb.
“Khayin assa go tu?” she demanded to know my whereabouts, while she stood at the front door, like a crow ready to fly.
I yelled back, “Coming!”
No sooner had I entered her peripheral vision, “BaDDi divnu peTTa khavche! Giving you freedom is like handing over a stick to get myself beaten,” she bellowed like a dragon, and with the gust of warm breath came the vilest odour, I always dreaded to catch a whiff of.
“You’re alone at home. I don’t want any hanky-panky in my absence, you understand?”
I tried to focus on the words being hurled at me. “My only surviving family member? My foot! I’ll break your bones,” she swore, “Amma’l ghalchaan!”

My head was bursting, so as soon as she’d left I went back to my Gandharaj. The rustling of the leaves sounded like the quaint old folk song being hummed,
‘Adeus korchu vellu paulo,
Ai mhojem kalliz rê fapsota…’
And the words came to my lips,
“The time to say farewell has come,
Oh! My heart begins to fear…”

One of the ripened fruits dropped down, and rolled to my feet. Too lazy to fetch a knife from the kitchen, I looked around for a sharp rock, but then tearing it open with my bare fingers would leave the aroma lingering in the tips. So I dug my fingernails into the rind. Once halved, I squeezed each half with all my might to get all the juice out. And then threw them away, over my shoulders.

Moments later, our neighbor had come running in, shrieking, “Oh Giena, come quick, men! Savio had called to say, Granny Mori fell, rolled down the church steps and died on the spot, men!”

Footnote: Language spoken in the story is a Goan Konkani dialect.
Word Count: 500
An excerpt of this story was also submitted in response to the #SundayWritingPrompt in the 'For Writers By Authors' group
Picture Credits: Enrique Meseguer from Pixabay
fiction Micro-fiction occult fiction short stories