- December 09, 2010
After that evening, Erum had become extremely busy. Dorri Jun and Laila dint get to see much of her but she would often send small and big gifts when she was back from an International trip or at Eid. Either Erum's younger brother Khalil or Rashid himself would drop by for Ksheer Korma and would leave behind Erum's packet for Laila. "Why isn't there anything for me?" Dorri Jun poked fun at Rashid.
" ..Because dear Dorri Jun you are too great for lesser mortals like us to give you anything in return for your kindness. We can only pray for you. Sahha Bahsheh! Sukran Dorri Jun" Rashid always felt indebted to Dorri Jun for all that she'd done for their family, ever since he was a little kid. He could never take her retorts in any other sense.
"Yahdeekom Allah wa yousleh balakom!" Dorri Jun called out to Rashid wishing him luck as they bade him goodbye.
The evening that Laila had gifted Erum the silken veil became such a turning point in Erum's life that she now considered Laila a God sent personal angel. Erum secretly began to believe that little Laila had greater healing power than Dorri Jun. She could turn lucks around! Erum however never spoke about that evening to anyone. lest the power of the coffee beans and the veil should be hampered. So Erum began keeping a tab on Laila through her younger brother Khalil.
Khalil and Laila rode to school together in the same school bus and studied in the same class. They had always been the thickest of friends since childhood. So it was very easy for Erum to catch up on Laila's life through him. Little did she know that Laila had sensed that but since Laila had also grown fond of Erum, she dint mind. Laila never used any of her magical powers or knowledge from The Secret Grimoire of Tuwrel for influence in her every day life. She'd been warned by Dorri Jun against the repercussions of doing that in public.So Laila used her wit and intellect to collect every little information she wanted about Erum from Khalil. She was ousting news without Khalil ever realising that he was playing a news bearer, both ways.
Laila grew up like any simple girl of her age making friends everywhere she went, enjoying all the innocent fun and frolic. Of all the children in the neighbourhood she however shared a special bond with Erum's younger brother Khalil. He would often come over to Laila's house with his collection of Hindi music CD's and they'd spend hours playing one after another, listening to happy, sad and boisterous songs galore. They loved old Indian movies and the plethora of songs in them. Khalil's favourite was the Raj Kapoor era. And Laila adored Lata Mangeshkar's singing. Laila's mother would sometimes come with freshly  baked Donuts, Zoolbia Bamieh and Hindi Chai for them on a tray and would never leave the room. The trio would have a happy time humming and dancing to the tunes. Khalil would sometimes explain some Hindi to them from whatever Erum had taught him. 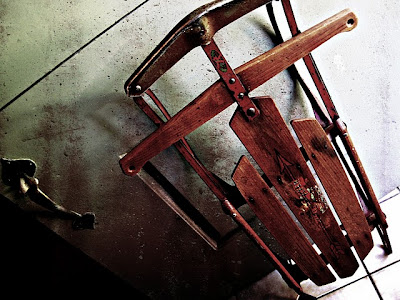 In the winter holidays when it was snowing beautifully outside Laila and Khalil would build a snowman, right outside the window where Dorri Jun sat with her prayer beads. Laila loved to see her grandma have a hearty laugh at their antics. The sleds came out of the attic and they would go riding down the small slopes behind Rashid's house down to the wooded banks of the Karun River. Lugging the sleds back up to the main road and home was a tedious task and Laila would often dupe Khalil into doing it. Once back in the courtyard of their homes, for hours together a snowball match would ensue between them until they were called into the safety of their homes at nightfall. Dorri Jun didn't appreciate Laila playing outside, late after the lights came on. " I dread people will begin to judge you, Laila. You are a big girl now. You don't need me to talk sense into you. After all Khalil is a boy and you both are not children anymore." Laila knew when Dorri Jun was really cross with her it was time she changed her ways.
The school would reopen soon and right after there was to be a Math Test. The term would also be ending soon and academic preparations for the final year at school were to begin. Laila decided to concentrate on her studies and keep Erum & Khalil out of her mind for a while.
One day a chit of paper came along with Erum's parcel. In a neat hand a single sentence ran from the left corner to the right. "Dallam Barat Thang Shodeh!" it said. Laila guessed who'd written the note to her.
Only Laila knew who actually missed her the most!
To be continued...
For those who may have missed out on the previous stories in this novella: 'The Grimoire'
Facts in the Fiction:
Well traveled Persian Muslims have an Arabic influence in daily conversation.
Persian Muslims enjoy Indian Bollywood Movies and there is a large amount of fan following for the Retro and Classic movies and songs collection.
Hindi Chai or Indian Tea is a hot favourite there and when milk is added to the brew it is referred thus.
Persian Glossary:
Eid: Muslim festival
Ksheer Korma: A sweet dish made at the festival. (Ksheer = Milk)
Sahha Bahsheh!: (Arabic response): May God give you good health!
Sukran: (Arabic response): Thankyou
"Yahdeekom Allah wa yousleh balakom!": (God guide you and make you right)
Hindi Chai: Indian tea
Zoolbia Bamieh: Indo-Iranian sweet dish (Like Jalebis)
"Dallam Barat Thang Shodeh!": I miss you very much!
This story has been written for Magpie Tales #44 ,
Theme Thursday
and  Three Word Wednesday CCXVIII
fiction Novella The Grimoire

amanda said…
What a sweet tale I totally enjoyed it! Since you mentioned the bits of trivia spicy Chai has long been a favorite of mine and I recently found it with Cocoa in it what an awesome hot drink!
Dec 10, 2010, 6:34:00 AM