- September 05, 2014
On the occasion of TEACHER's DAY I would like to pay a tribute to a different kind of teacher. I had the privilege of sharing some very beautiful days in his company, when at Karla, near Lonavala in Mahrashtra. That phase of life was abruptly cut short by an unexpected turn of events and as destiny would have it, we lost him, very suddenly. Within those couple of years the amount of knowledge he had imparted, the thoughts and principles he had shared left a lasting impression and have also transformed me into a better, thinking person, I can most definitely say.

My maiden publication of short stories titled 'Not Totally Unbelievable' was dedicated to him- my Father-In-law and my mother, the Teachers who taught me so much in life from their anecdotes, stories and quotes. Oh, why did you'll have to leave me so prematurely?

So here's a funny but true story from the same book -'Not Totally Unbelievable' that was based on my Father-in-Law's personality, his belief in a higher power in every aspect of life! 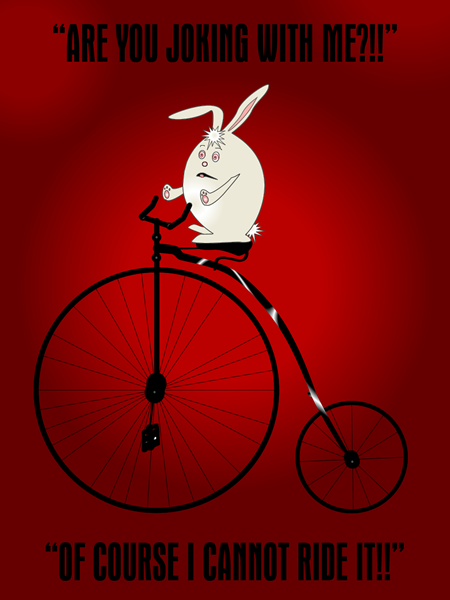 “Aagya Baitan, Telya Masaan, Jantar ki Khopdi, Bhaisasur!” This deep, throaty, ominous sounding chant rented the chilly evening air on the patio of our sprawling farmhouse. With still, undisturbed eyes like poached eggs, the twenty and odd, mix of gurgling tots and chatty adults watched the enthralling performer in rapt attention. It was Daddy, at his elemental best, performing his famous magic tricks. Only the knowing knew that the fearsome mumbo-jumbo was a random mix of irrelevant Hindi words personally coined for pure entertainment. This was the highlight of the weekend merry-making, where Daddy’s fan following of relatives would huddle together and enjoy to the hilt.
Daddy was a people’s person alright! He once draped a colorful red sari and even talked some of his cousins to don their wife’s saris too. Then they danced that famous jig ‘Mere Angne Main’ with swaying hips and lip-synced to the music with red rouged lips. Just like it was right out of that Bollywood movie and had their audience in splits.
Daddy could stretch to the limits in playing host at his party. Well, so giving was Daddy that his relatives had not spared even borrowing his air-conditioner for good.
This lanky septuagenarian’s company was of wholesome goodness and there wasn’t a single visitor’s soul who would not vouch by that. Even the ladies of the family always picked a tip or two from this culinary creative genius. With his knack for cooking up a sumptuous menu, all that his kitchen dished out was lapped up within nanoseconds. From Prawn starters, followed by soup to the main course and a yummy caramel pudding for dessert, was all gobbled up as soon as it was served at the table.
Lovingly addressed as ‘Daddy’ by the youngsters of the clan, my father-in-law also went by the nickname ‘Bhavaji’ which means respected brother-in-law in Konkani (a widely spoken language along the south-western coastal belt of India.). Taking the old highway from Mumbai and mid-way to Pune you could drive-in to our haven. And it was most likely that you’d find the lovable Daddy perched on his bucket swing, his throne of sorts, on the patio, if its day. By night you’d find him before the television set. He hardly slept. He’d spring up and out of his reverie to warmly greet you with open arms, all smiles. Friends were more than welcome any time of the day or night, rain or sunshine.
On one lazy Sunday afternoon, came on his old moped, Mr. Gulrajani, his old friend from Talegaon. “Arrey Tu? What a pleasant surprise! Come in, come in!” Without wasting time on exchanging pleasantries, the dear old Sindhi got to business. “Let’s go get some meat. My taste-buds are longing for your spicy curry in this chilly weather.” And that was what Daddy dreaded the most. “Argh!” thought Daddy, “I don’t mind the shopping, but the ride on his wobbly M80. Save me, Lord!”
Daddy could feel his knobby knees go weak even at the thought of pillion riding. Before the journey could even begin, a pearl of sweat tickled Daddy’s brow. Daddy reluctantly straddled the mount while his feeble pleas went unheard. Daddy’s pride kept him from vehemently speaking up about his fear of riding bikes. The motor purred to life once again and the twin riders were off.
The speed at which they were moving, Daddy could have easily walked right beside Mr. Gulrajani and his bike to the station. Trembling knees et al, the duo finally made it to the Lonavala Mutton Shop. Slicking back his tousled silver hair, the pilot of the M80 got off and immediately asked Daddy to excuse him, stepping away for a quick smoke. A not-so-surprised, but irked Daddy proceeded to pay for the meat.
Like a glimpse of the sun from behind water-laden dark clouds, a bright thought dawned on Daddy. He felt a sudden assurance rise in his heart. “The speed at which Gulrajani was riding his phutphutiya, a fall is certainly not something I need to fear,” said Daddy to himself.
Now, smiling like a valiant hero, Daddy was ready to start the journey home with new-found self-confidence. He was happy that he hadn’t forgotten to wrap a muffler around his neck and his ears were safely snug in the thick woollen monkey-cap.  As they drifted past the toll naka, Daddy closed his eyes, face turned up to the clear blue sky he was enjoying the cool mountain breeze on the contours of his wrinkled face.
Only when he opened his eyes again, things were different! Neither was Gulrajani nor he on the bike. A crowd had gathered around them and were peering down in bewilderment at Daddy. “What does Gulrajani mean by coming so close and breathing heavily down my collar?” thought a befuddled Daddy and as he tried to turn around to take a look at his nosy friend, he was jolted back to his senses.
“We had a fall?” Daddy inquired with Gulrajani while he was being helped back to his feet. “How?” Daddy continued to ask but there was no answer.
“Like it is God’s decree, my bike journey mysteriously always ends this way!” a nonplussed Daddy thought aloud.
The crowd dispersed as quickly as it had gathered. And the duo was left to their fate, pushing the remains of the two-wheeler home, in weary silence.

Vibhuti Bhandarkar said…
Thankyou Rajlakshmi,
its been 6 years since the loss but we still haven't gotten over his absence. Truly a beacon of light has been dimmed!