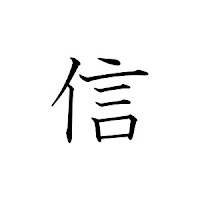 Until the next afternoon, Wu Zhung’s movements were slow as a snail. She tediously went through her morning ablutions without exactly paying attention. For the first time she didn’t feel like beautifying herself from top to toe. It had suddenly become a mundane chore.
“Why should I? The eyes that could behold and appreciate my beauty are scouring the seas, not me.” Wu Zhung spoke to herself while her maids patted her long locks dry. Wu Zhung was now in serious self-doubt. It all felt like a dream to her. “Was he just flirting with me? Was it my folly to have fallen for his words? Will he come back for me?” and many other questions riddled her mind.
It was only late afternoon after picking at a few morsels for lunch did she realize that she had completely ignored The Emperor’s summons. She picked up a quill and sat herself down to send write back an excuse for not having appeared before him as soon as she’d received the letter. Just then a scream startled her which was followed by loud bawling that came from the direction of the Emperor’s chambers. She heard the stamping of feet in the corridor outside as all were running in the direction of the sounds. Wu Zhung knew what had happened. This was the moment she had been looking forward to before boarding the vessel with Hong Zhung. She had desperately awaited the death of Empress Xuan.
As if she’d been snapped out of a spell, Wu Zhung felt all her previous ambitions rushing back into her veins. She once again felt the intense urge to walk into the court and gallantly ascend the steps to the throne and sit down right besides the Emperor. Wu Zhung could almost feel the weight of the bejeweled crown on her head and she saw the peasants kneeling before her, hailing her as Empress Wu.
Wu got up from her desk and began to methodically dress herself, donning the attire suitable for mourning. The maids that had arrived at her side were stunned to see her conducting herself so intuitively. None had actually brought the news of The Empress’ death to her and Wu Zhung had already reached for her white silks.
The next 7 days were dedicated to the Inhumation rituals for lamenting the deceased Empress. The Emperor was so engrossed in the funeral customs that he seemed to have completely forgotten about Wu Zhung and she prayed he hadn’t noticed she hadn’t even cared to ask for an apology. The ceremonies continued for days on end and Wu Zhung feigned grief by donning the mourning dresses made from five different materials. Wearing the ‘Five-rank sable’ helped her gel in with the crowd at the funeral hall. She didn’t want to draw the Emperor’s special attention to her in any way, lest he should mention her disrespectful conduct.
Wu Zhung went ahead to offer her condolences at the Empress’ coffin only at that opportune time when the Emperor had excused himself from the ceremony for a while. Scrolls of cloth hung down from theceiling of the funeral hall and there were elegiac couplets written on them in mourning but Wu Zhung only saw these as festoons of celebration. For the first time in her life Wu Zhung was rejoicing from within though she was seated at a funeral. The geomancer had announced the auspicious time and hour of the burial. The very night of the funeral procession, Wu Zhung exulted under her breath, “Lucky hour indeed!” which fortunately was inaudible between the loud chanting of the scriptures. After the burial Empress Xuan’s 9 year old son stood guarding the tomb for a night and a day to observe mourning.
10 days had lapsed since Wu Zhung had failed to appear before the Emperor and Hong Zhung been sent away with the treasure fleet. There was no news from The Emperor at all. Wu Zhung dreaded that this was the lull before the storm but she also continued to hatch a new plan. She wondered whether it would be more beneficial to rule the Empire at Hong Zhung’s side instead of acting as Lao’s Empress? She dreamt of a life where she could have both, money and love!
fiction The Great Without

Bikramjit Singh Mann said…
is it possible to have everything in life.. cause i think money and love together is almost evrything in life .. but then i am stupid what would i know...

Vibhuti Bhandarkar said…
No Bikramjit thats a very intelligent question there which riddle our lives at one point or the other. Having Money & Love is the ultimate thing we all dream of. Not impossible though. God has blessed many with that, hasn't he?
Thanks for the compliment buddy! :D
Jul 16, 2010, 9:08:00 AM