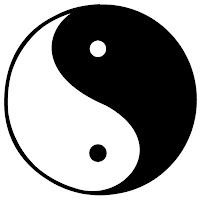 In the wee hours of that day, Hong Zhung had been dispatched on the most ambitious voyage till date, with an impressive armada. After provisioning at Malacca, they sailed northwards for 5 days before anchoring off Sumatra at the entrance of the Indian Ocean. There his armada was split into 4 smaller fleet of ships. The 3 larger fleet were put in the great admiral eunuch Zhou Yun and 2 other's custody. The fourth and the smallest fleet was under Hong Zhung's direct command. The other fleets were also to touch the different ports as planned and then bring the foreign rulers and ambassadors back to China to celebrate the New Year with The Emperor Lao Zhung. Hong Zhung had himself thought of a parallel plan for himself. He would return the envoys to South-East Asia and set sail for home as soon as possible.  He had picked up the biggest and most beautiful fresh water pearl at Malacca. He dreamt of presenting it to Wu Zhung and of how her eyes would grow large in glee as he presented it to her.
As accounted by the extensive traveller and Portugese poet Camoes, the Chinese fleets reached Calicut.
Everything had gone as planned until then. A scroll secretly arrived in Wu Zhung's lap announcing the progress of the fleet.
"I'm coming my darling! Each string on my lute has been lying listless without your fingers to tickle them. I will be standing before you the night before and we shall ring in the New Year holding each other's hands. Fear not my love."
Having read these words, Wu Zhung's happiness had known no bounds. She began preparing for the great banquet with a fervour that LuiFei had noted was amiss since Hong Zhung's departure.
"What has brought the old Wu Zhung back between us?", inquired LuiFei to which she recieved only a bunch of peonies thrusted into her hands as a reply.The following days passed by as smoothly as silk.
Every evening when The Emperor called upon Wu Zhung she promptly arrived with a couple of her own favourite concubines and performed to entertain him but never gave him an opportunity to get intimate with her.
"You have become as slippery as an eel, my Wu!", Lao had exclaimed. Her self-confidence had peaked so much that Wu cheekily replied, "Call me Empress Wu and I will be all yours!"
She missed noticing that even as she'd turned her back on the Emperor with that retort, he was still smiling, possibly jeering at her evident immaturity.
When the evening sun had finally set on the evening  before the NewYear, there was still no sign of Hong Zhung's ship on the horizon. The preparation for the great New Year's banquet however continued with full gusto. The foreign ambassadors were to arrive soon and the royal palace was ready to give them a magnificent welcome. The world would taste the fantastic Chinese hospitality and extoll its grandure for years to come. Between al the excitement nobody seemed to have noticed that Hong Zhung's ships hadn't arrived at the expected time. Wu Zhung couldn't reveal her knowledge of these plans and thus was in no position to ask anybody about the same. She spent hour after hour in dejection, disappointment and anxiety. She was wringing her hand so much that YinHe finally noticed the frown on the usually calm face.
The next morning, YinHe had found Wu Zhung slumped between the Peony bushes, her face wet with tears in a disheveled state. They hurried her into 'The Great Within' before anybody should notice. Wu refused to participate and play host at the New Year's celebration and the banquet went without a presiding lady. She cared less and less for the Emperor. Wu was a nervous wreck by the end of the day.
YinHe pitied her as he found her writing poems and wallowing deep in her sorrow. He wished he could help his only beautiful friend but she refused to take refuge in him.
" Only if you tell me what pains you, then will I be able to help you. I cannot see you wasting yourself like this!" YinHe finally scolded her but Wu Zhung stayed mum. She continued to stand there in the moonlight, eyes frozen on the distant horizon.
This lone heart longs to see,
One boat on that misty sea!
The sky hath wrapped earth in its arms,
The silent calm sings gloom to me.
The lovely peonies fail to charm.
The clouds have borne,
Yet another morn',
But what I see,
Is only the ebbing sea!
I wish to hold your hands again.
My feet will dance only then.
My voice then shall sing a song .
Waiting for you, my dear Hong.
Need to know you are safe there.
My mind, body and soul now in despair.
To hear your voice ,
My soul craves.
To see you once,
I now live!
fiction The Great Without

Baatein unkahi si said…
This story is getting interesting day by day. I almost cannot wait each day to come back and chek if there is a next part to the story!!
Absolutely love your writing.
Jul 16, 2010, 9:53:00 PM