The Signs from the Sigil...

- December 16, 2010
The final academic school year had finally come to a close and Laila was awaiting the examination results. “Is there anything sweeter than waking up to this feeling? Holidays, Hip hip hurray!” Laila rejoiced as she drew the curtains off the window. It was a bright and sunny morning outside and she wasn’t the girl to waste this beautiful freedom in bed. “What must lazy Khalil be doing?” she wondered.
And that suddenly brought another face to her mind, the beautiful Erum. She leaned outside, a tad bit further from her windowsill to see if she could get a glimpse of Erum, standing on her terrace. And yes, there she was! All of Erum’s movements looked like a dance posture to Laila. Just then Erum happened to look her way too and began waving at Laila, gesturing her to come over. “Perfect! There couldn’t have been a more beautiful beginning to the wonderful holidays.” Thought Laila and showed no reluctance in accepting the invitation. Laila wished she could use some magic to get ready in an instant and land up at Erum’s doorstep but that was not to be. 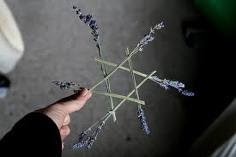 Laila was ready to have some fun now but her eyes were still staring at the black and white oriental ceramic plate on display on the mantel at the foot of the stairway. “Does that symbol of the Yin & Yang count too?” Laila wondered, still scanning her surroundings. “Looking for something Laila?” Khalil enquired. Laila almost opened her mouth to say “I am looking for signs from the sigil, Khalil, almost like in a Hardy Boys or a Nancy Drew mystery story!”
Putting a palm quickly to her mouth she pushed all the words that would have spilled out in excitement and let only “Be baksh Shid!” come out of her mouth. Ignoring Khalil’s baffled look, Laila raced up the stairway, two steps at a time.
“Sobh Be Kheyr! ”: Good Morning!
2. Segulah: Hebrew for Sigil
3. lotfaen: Please
4. “ Balleh!”: Yes
5. “Salaam Agha Ye Abdollah!: Greetings Mr. Abdollah
6. Azizam: My darling
7. Khoroshte Fesenjaan: Pomegranete and walnut curry
8. Khalle: Aunty
9. Aash: A thick sourish broth made of chick peas, gram and noodles
10. Chelo Kebab: Lamb and rice
11. “Be baksh Shid!”: Excuse Me!
12. Bebin: Look

Blasphemous Aesthete said…
awesome read. Now that I have reached the end, I did not realize that it was a long narrative, and a strong narrative.

Blogjunta.com is organizing the first of its kind 'Best of Indian Blogosphere 2010' Polls. Do nominate your blog for it.

vibhutib said…
Awww Ritu Di, Am extremely sorry. Was so caught up in work that I couldnt write more than poems earlier. I will try to follow up with the continuations real soon..
Thanks a ton once again...TC..:D
Dec 17, 2010, 11:45:00 AM