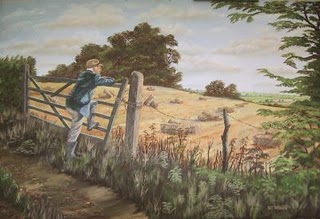 Nothing more to do, Tom was wondering how he could while away his time now. He was feeling exceptionally dull this evening. He'd finished collecting milk from the cows and truffle from the pig sty very quickly. Not many hen had laid eggs today, so he'd finished that soon too.  All the regular rigmarole was over. Co-op farming was beginning to get a bit of a boring chore for him over the last few days. He wanted some change.
Old friends hadn't stopped by in a long while. He wondered why? He'd sent them many gifts to lure them to his farm but no help came. Something was fishy!

Vanity kept him from doing for them what he expected them to do for him.

Eventually a thought occurred to him. Had they all gone away for good? He hadn't checked in on them for a long while now. Should he have called them instead of just wondering why there was no activity at all at their farms? "...but Roger was celebrating that he'd be expanding his farm soon and he was planning his own winery too." Tom kept pondering in confusion. "Harper must have compelled him to quit!"

Lately Farmville was getting exceptionally uninteresting despite all those attractive prizes and festivals and what-nots. The novelty of the game was somehow lost. "I must quit this gaming addiction too." decided Tom.

This has been written for Acrsotic Only Prompt # 13 and for 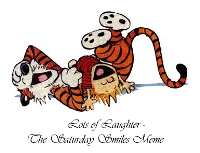 Gsbatty said…
This is a very godd story and the twist at the end blew me away. I never expected the story to go there. My pet peeve is that farm game. I gave up face book because all I would get is request s to play. nice writing
Dec 11, 2010, 9:52:00 AM

vibhutib said…
LOL, So happy to know the story has its desired effect on the reader. I was terribly addicted too and I had quit facebook too for getting off it. Now I have completely gotten over it and am back at Facebook. Wont be trying any of the other games...:D
Thanks for dropping by Batty. :D
Dec 11, 2010, 10:20:00 AM

vibhutib said…
Thankyou Nimaruichi,
Happy to know that you enjoyed both the posts. I wonder why you had problems posting a comment there. Hope it isnt a persisting problem..:(
Dec 11, 2010, 10:44:00 AM

Nanka said…
WOW!! Vibzzz!! still on Farmville?? :D Sure remember those days when we played like insane farmers LOL!! :D Brought back those memories and had a hearty laugh at our addiction!!

Your earlier post on Farmville was such a LOL :D too!!

thanks for joining the Tales Train..!!

Reflections said…
You are still having problems with your comment thing, had to go into this 3 times before it would allow one... Like this short Acrostic tale. I was so addicted too there for a while, but then most of the games are addictive.

Blasphemous Aesthete said…
I never was a farmer, virtually. But yes, farmville has become a quiet place these days. I don't see my friends' updates that often now, neither do I receive invites.

Rumya said…
LOL :D Someone seems to be reminiscing the good ol' days of Farmville!! :D ;)