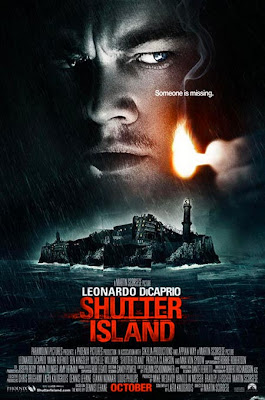 If you are a movie buff and long for movies with fantastic storylines then Shutter Island is your bite. This is one movie that keeps you glued, thinking and on the edge all throughout. This is certainly not a movie for those who believe that movies should be watched purely for relaxation and entertainment.
Martin Scorsese has done it again! I was floored by his crime genre movie The Departed and he has left me speechless with Shutter Island. Leonardo Di Caprio and he have worked wonders again. The script is flawless and can’t be reviewed unless the movie is discussed at length.
Set in the post World War II era, in 1954 U.S. Marshall Teddy Daniels (Leonardo Di Caprio) and his comrade Chuck Aule (Mark Ruffalo) are investigating the escape of a patient from the federal maximum security hospital/ prison for the criminally insane called Ashcliffe Hospital. Rachel Solando seems to have just “evaporated through the walls” of her secure cell. This patient is a young woman who drowned all three of her children in the lake adjacent to her home and is in denial of the crime. She in fact believed that her children weren’t dead but were at school. Teddy and Chuck begin enquiring with the asylum inmates, nurses and attendants. As the movie progresses Leo is convinced that there is more than meets the eye. Head Psychiatrist Dr. John Cawley (Ben Kingsley) and the other doctors are hiding facts and seemingly involved in punishable, criminal and cold experiments on the patients brains. “Psychotropic drugs” and “Transorbital Lobotomy” are the scares!
Thunder, lightning, heavy downpours, stormy weather, cold & gray Gothic buildings, the sea lashing against the light-house that supposedly houses the tabooed operation theatre are a fantastic build-up to the mystery. The audience travels with Teddy through Labyrinthine Wards, migraine attacks and his dream-like flashbacks, nightmares and hallucinations. At this point I’m reminded of Roman Polanski movies that sent a chill down your spine. And Shutter Island is a perfect Psycho- Thriller in the same league. 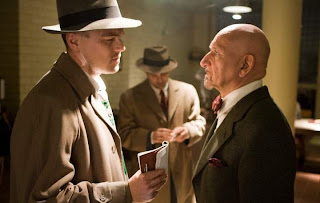 Has Dr. Cawley smelled that Teddy was in on the guarded secrets about the illegal experiments being undertaken on patients at the light house? Teddy Daniels is himself wounded by memories of the Nazi death camp when he was the U.S. army Marshall which was later followed by the accidental death of his wife in a fire mishap. He has not been able to shake off the memories and often suffers migraine attacks. Is Dr. Cawley using this fact and playing with his mind too at Ashcliffe? “Who is patient No. 67?" is asked on a chit obtained from Rachel Solando’s room when the administration says there are only 66 patients in house? Ben Kingsley’s menacing smile is a killer, convincing us that he is most definitely the villain.
Martin Scorsese’s adaptation of Dennis Lehane’s pulp thriller novel is truly brainy and more than just food for thought. I was on the edge till the end. But the question again arises whether the movie has done enough justice to the book? I can only comment on that after reading it.
Shutter Island has a fiercely twisted and complex end with a script tightly woven around character-driven emotions and behavioral patterns. It keeps you guessing whether Teddy is a patient himself at Ashcliffe or is indeed a detective being driven mad. As far as the movie is concerned, it successfully deceives the audience till the very end even with the final closing line that’s even more ambiguous.
This story has made such a lingering impression on my mind. I recommend you'll give it a watch ASAP.
Shutter Island is one movie that is definitely not a onetime watch.
DO NOT Miss this one!!!
Movie Review

sushobhan roy said…
I am about to watch t now.. Wonderful review.. I am feeling more excited to watch it..:)

Thanks Deeeps for the Number 23 recommendation .. :)