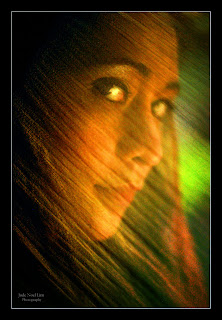 Laila picks up the broom. Suddenly it feels as if cobwebs have sprung up in every nook and corner of the house. A fine layer of dust seems to have settled on everything, from the books on the shelves to the little riffraff on display in the glass case. The ceiling fan is creaking as it goes round and round at a very slow pace. “There must be a fluctuation in the electricity again”. Switching it off, Laila pulls the tall wooden stool standing on the terrace. The dragging makes a loud noise enough to wake old uncle Patrick, in the neighboring flat, from his afternoon siesta.
Laila is reminded by a bead of sweat tickling her right brow that this is the longest day of the year. The day has been extremely lack luster, too. She begins to dust the old fan that must have been white as a pearl when it was first hoisted up but not anymore. The paint has peeled off from the edges of the blades and the exposed metal is rusting. The top of the fan is carpeted with a thick layer of dust that looks like a soft grey mesh. Laila wonders how she could have ignored her daily chores so much. Where had she been?
From her elevated post on the stool, Laila gets a top view of her recent favourite acquisitions, the Blackberry on the dining table, the YSL perfume bottles on the dressing table, the gorgeous clutch on the bed and the Mango booties in the shoe-rack. It feels like she is looking at images of herself from another time.
She looks at herself in the long mirror of the dressing table. Broom in hand, her long locks rolled into a bun and shrouded in a scarf over her nose she is now only a shadow of that glamorous self. Laila in rolled up pajamas is aware that the paint on her toe nails is chipping and that the tip of her nose probably has those inconspicuous blackheads which the girls made a hue and a cry about. She is however amused at her own transformation. In fact quite delighted.
Like how the old tap at the sink unwinds itself and the water slowly begins to trickle again, it all begins to come back to her slowly. Laila, that glamorous face had had managed to escape into oblivion. She had run away from it all and was happy to have made the wise and timely decision. Her disappearing act must have been as magical as her entry into the glamour world. "Yes! it was all magic. And the magic show does  come to an end at a point doesn't it?", Laila has begun her soliloquy again.
"Is there more to myself than I know?" Laila wonders. "Sometimes it feels as if the girl in the reflection is not me but a completely different person standing there. Someone I'm unacquainted with. Like I'm playing the game of Truth or Dare with my own mind but...." Laila is quite okay with that. "....what is life without a bit of magic, mysetry and fun?"  Laila has laughed a shrill laugh. One that could once again easily scare the daylights out of uncle Patrick with that weak heart of his.
After that experience, she has no qualms in accepting what she truly is.  She has donned a veil that she should have long ago. She needn't reveal her all to anyone but herself. She doesn't need to justify her duality. At the same time Laila is also happy that she has successfully escaped from her recent past and is back in the familiar environs of her own home. She has successfully reclaimed her life, her true self but then again, is she safe? Has she really freed herself? Laila wonders what lies ahead for her.
To be continued....
Look out for the short story series ‘ The Grimoire.’

Bikram said…
are wah ji wah vibhzyyy.. kya badhiya story hai .. though the title .. i hate the game.. had a bad time playing but lets not go there he hehehe :)


so when you writing more again :) tell tell jaldi jaldi :)

vibhutib said…
Thankyou Deepakji for motivating me..
WIll work hard to keep up to ur expectations.
Looking forward to some constructive criticism from you..:))
Nov 22, 2010, 3:58:00 PM

vibhutib said…
Bikram ji the second story sequel to this series is out...looking forward to your response on the same..Please do read about grandma and her grimoire..:D Thanks a ton!!!!
Nov 23, 2010, 10:35:00 AM